Action on Poverty / News / Kenya / The Scourge of Femicide in Kenya 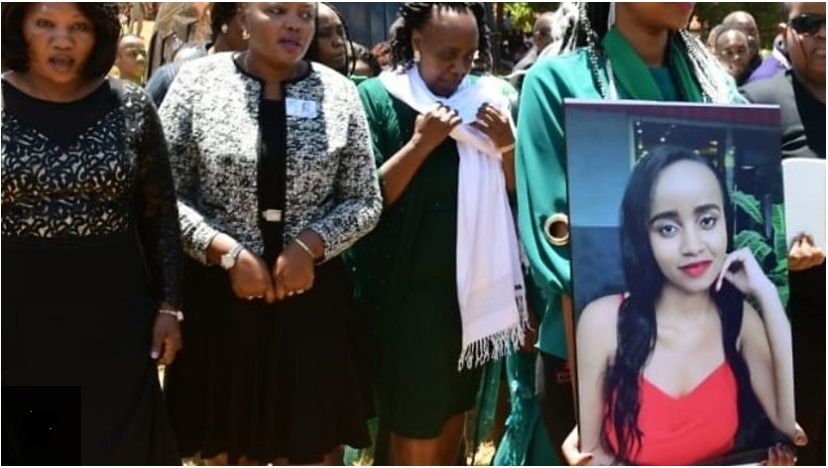 Ivy Wangechi was only months away from graduating from medical school. And it was on her way home from lessons one afternoon that she was brutally murdered. The perpetrator was her ex-boyfriend. This young woman had her whole life and a successful career ahead of her, but it was cut short on account of her one and only so-called crime – she was female.

The rise of femicide

Violence towards women is a serious problem in Kenya and it affects women and girls from all walks of life. Femicide – the killing of woman and girls, on account of their gender – is an increasingly frequent occurrence with a spike of similar deaths happening in Kenya since the beginning of 2019. An estimated 50 cases of femicide so far have been reported in Kenya this year alone.

From being harassed and undressed in public to being burned or having their hands chopped off, all too often, the media carries shocking stories of women who have been the victims of sexual and gender-based violence.

Philis was only 16 when she was attacked and raped. As a result of the attack she became pregnant. Shortly afterwards she was brutally murdered by being repeatedly hit with a blunt object. Close to Philis’ home, another girl was killed. The killers had poured acid on her, disfiguring her. Then they killed her and dumped her body close to her home for the family to find.

These horrific, high-profile cases are just the tip of the iceberg. The disturbing reality is that there could be many more cases, away from media attention, that have not been reported.

But in Kenya the violence and deaths of Kenyan women are becoming more frequent, less visible, and often harder to solve. This is due, campaigners believe, to prejudice and ineffective law enforcement.

It’s harrowing for the family of a murdered loved one, but the mothers of the murdered girls say that violence against women and girls is not being taken seriously. They believe that the Kenyan government response to it is inadequate, and indeed, many survivors do not get justice, medical help, or counselling following sexual violence. Some are even ridiculed in public and the families are left to pick up the pieces.

The attitudes and behaviour towards women and girls in Kenya are concerning. The 2014 Kenya Demographic and Health Survey reported that 42% of women and 36% of men believe that a husband is justified in beating his wife for reasons as trivial as burning the food, arguing, going out without telling him, or refusing sexual relations. For too many people, violence against women is acceptable. And altering such entrenched attitudes is an ongoing battle.

Action on Poverty and REEP

The Rural Education and Economic Enhancement Programme (REEP) is a local NGO operating from Butula town, in Busia district, west Kenya. It was founded in 1997 to spearhead the fight against HIV/AIDS and other issues affecting the Butula-Busia community. Thousands of girls and young women have come under the protection of REEP, who cares for children who have been raped, forced into marriages or sex work, physically and mentally abused, or diagnosed with HIV/AIDs. REEP also works to help protect and prevent sexual and gender-based violence (SGBV) against women but more support is needed to cope with the volume of such horrific crimes.

Action on Poverty is working to secure funds to help survivors of gender-based violence in both west Kenya and in Sierra Leone. In Busia, west Kenya we will work with REEP to help give women more access to opportunities that enable them to create secure livelihoods and incomes for themselves, so that are not so reliant upon men to support them. And we want to continue our important work of educating and supporting communities, strengthening efforts to eliminate violence against women and girls and help survivors to re-build their lives after experiencing violence.

The women and girls of West Kenya and Sierra Leone need our help, and with your financial support we can help these communities to see that the all to frequent violence towards and killing of women and girls is just not acceptable.

It is important that government agencies recognise the widespread nature of this violence and the lack of consequences for crimes against women and girls. And it is only by helping to reduce the negative and harmful attitude towards them that the women of Kenya have any hope of living a life free from the harm that is done to them simply because they are female.

If you’d like to help us stamp out violence against women and girls, please donate today.