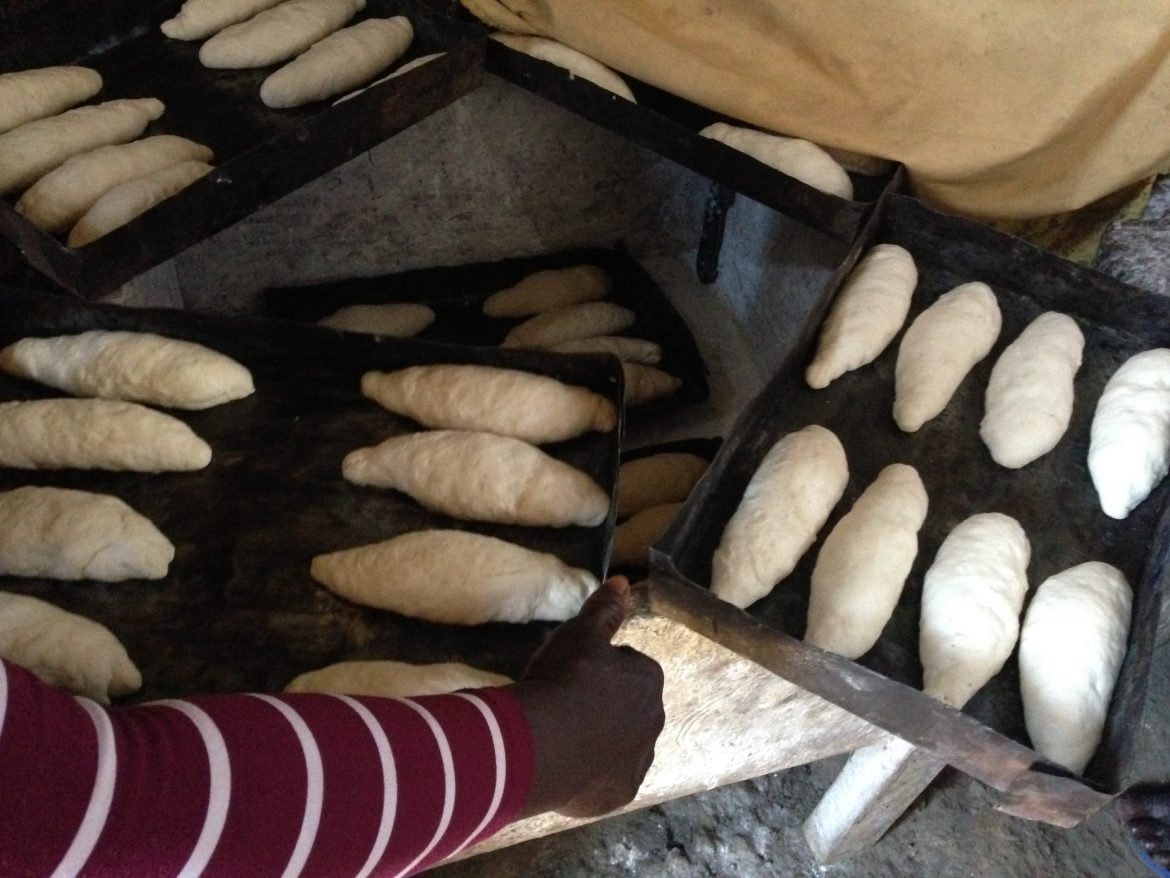 There is nothing nicer than the smell of baking bread, so imagine how lovely it must be for some young people in the Mano community in Sierra Leone who have developed the skills, ability and means to make their own bread and to sell it in order to sustain themselves and their families.

The Mano community cooperative group is just one of many such groups that have benefitted from the MAPCO project, which supports communities by working with youth, women and the most vulnerable people in hard-to-reach areas, offering training that will provide them with an income and empowering them to learn new skills that will result in life-changing prospects for the future.

The Mano group is made up of 10 trainees who share out the tasks required of the business; two or three members prepare the dough in the morning, while other members collect the fuel. Younger group members then go around the village selling the freshly baked bread to the community. They also supply bread to a local orphanage and school, and community gatherings.

The group, which includes the artisan who trained them, are running the business from the small building behind the artisan’s house, which contains a bread oven. They use loans to purchase flour and ingredients, and the resulting income from each day is divided up into loan repayments and profit which is distributed between the members.

The impact that the ability to run this small enterprise has had on the trainees and their families has been significant. This much-needed income that it has provided means that most of the young people, many of whom have young families to feed, have gone from only one meal to now being able to eat three meals per day. One woman, in particular, expressed her joy at being able to provide lunch for her children. Moreover, they can afford to eat more protein-rich foods, such as fish, and more vegetables, which they were unable to do before the training gave them a steady income. In addition to the better food, with the money they earn, the apprentices are able to provide their children with other non-essential items such as school clothes and book bags so that they can be more fully integrated into their education and the community.

The project has had other beneficial implications too. Before taking part in the training, some of the young men were seen as idle because they were unable to support their families. Some had become indebted to family members, which resulted in family conflict. Because these young men are now able to contribute to household income, their status in the community has improved considerably. They have gained respect from their families and kinship groups for their ability to contribute to their family’s well-being.

The training has instilled in these young people – who previously had little hope of a permanent, sustainable income – a stronger sense of confidence and for some, a new appreciation of learning. Also, now, as respected members of the community, the young people are more inclined to participate in community events and getting involved in decision-making processes. This has a remarkable impact on their self-esteem and the future of their involvement in the community.

The artisans too have seen a profound change in the attitudes of the apprentices and some have expressed how appropriate and timely the training was. They believe there are many more young people in the community who would benefit from the project and as a result of experiencing, first-hand, its success, many artisans have offered to continue to invest their time and skills in the training of more young people even if it means doing so without the support of MAPCO.

The training has had far-reaching results. For instance, 80% of the young trainees taking part in training with the MAPCO project have seen improved literacy and numeracy. This is demonstrated through their ability to write the names of tools and other items associated with their work, take measurements and make calculations and understand the difference between income and expenditure and to work out whether they are making a profit or loss. These fundamental business skills offer hope for the future that these trainees will pass their skills on to the next generation and indeed, some of the young people are now teaching their own children the alphabet.

It is heartening to see how much impact one project has on the lives of young people in just one community in Sierra Leone. Not only do these bread-making trainees now have a future, using their new skills to bring them a stable income, but they, their families and their communities all benefit from the opportunities that come of having choices and control in their lives where previously they had little or none.

The young people in the Mano community bread-making cooperative have risen to the challenge and created a sustainable future for themselves and their family, with the possibility that these benefits will filter down to their children. It is the longevity and sustainability of the benefits of projects like these that make them so valuable in such communities.

If you’d like to help us help more young people like these bread makers, why not donate?