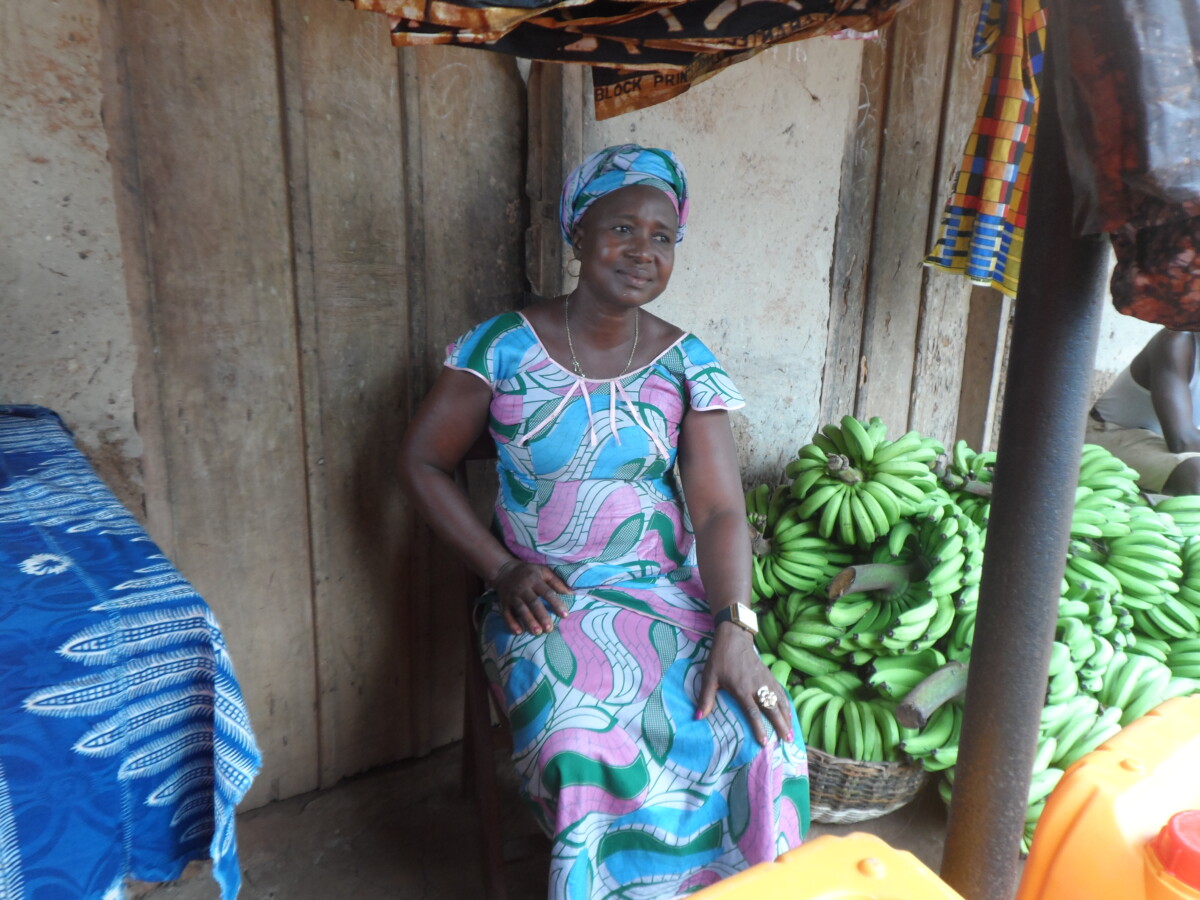 Sallay is a mother of 4 from Taninihun Kpapuima, Sierra Leone.

Taninihun is a rural village just outside of Bo and one of the 12 communities that has benefited from our Empowering Communities project, with partners MAPCO.

When the project arrived in the community, Sallay and her husband, Musa, became a part of their community based organisation (CBO) in Taninihun and through their membership of the organisation, gained skills, assistance and received training.

Sallay had to fight with her husband to join the CBO, as he was very sceptical about what could be achieved and what was going to happen. Part of the project and the creation of the CBOs has seen communities take control of their own affairs, deal with issues, help families and they have also created their own micro loans system. Created by the membership fee everyone pays to be a part of the CBO; which members can then apply to take out as a loan and pay back, with interest. As more people join, the more they are able to loan; the more the community can grow and thrive.

Sallay and her husband had a 5 acre banana plantation when our work first started; which provided them with enough to pay their bills, send the children to school, eat and have some left over.

In 2016, Sallay’s husband tragically passed away, leaving her with 4 children and a plantation to look after; as well as a household to run.

Upon Musa’s death, his family took on the plantation; a common practice in Sierra Leone. Sallay was asked to marry another family member on her husband’s side, but refused. Meaning that Sallay and the children’s sole income and home was taken from them and was no longer theirs.

Thanks to their involvement in the CBO, Sallay was able to bring her case to the group and sort the help of the CBO Chair to help her deal with the dispute. The CBO board approached Musa’s family to attend discussions and work out a way in which Sallay and the children could get their livelihood and home back and once again make a living.

After many discussions, Musa’s family finally attended a meeting and eventually agreed to let Sallay and the children have the plantation and their home back.

Thanks to the work of the CBO Sallay and the children now have their home and their plantation (aka, their income source) back again and are thriving once again. So much so, that a few months ago Sallay took out a loan from the CBO to expand her business and is now selling her bananas in Freetown and has expanded her business to include the sale of clothes and shoes in the community. She is also undertaking small clothes repairs too, but is hoping to expand on this more later this year.

Help us empower even more women like Sallay and their communities – donate what you can today.